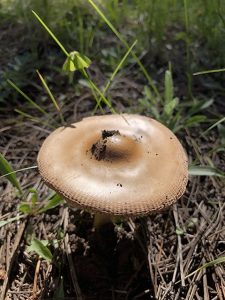 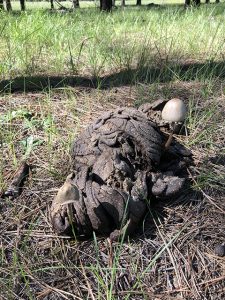 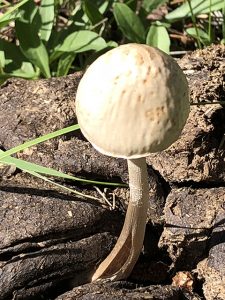 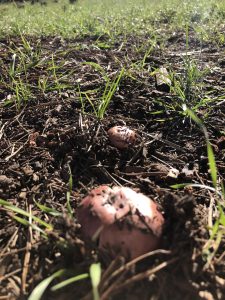 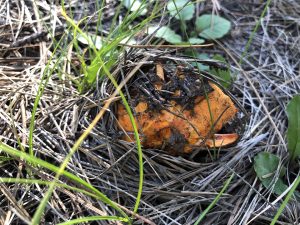 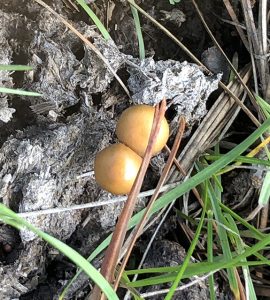 Huge news!!! Arizonans officially have the chance to take back our power and choose a clean energy future for our state. APS spent your money on a desperate lawsuit to deny Arizonans the right to choose more clean energy — and they just lost. It’s time to take advantage of our biggest untapped resource — the sun!

So far, APS has spent over $11 million of their own customers’ money to keep us off the ballot and put their own profits above our health. Despite APS’s dirty tactics, the Clean Energy for a Healthy Arizona campaign turned in hundreds of thousands of signatures, and last week the Arizona Secretary of State certified Proposition 127 to the ballot.

Then APS said our signatures were bad.

And APS even went to court, spending their customers’ money on expensive lawyers to try and stop Arizonans from having the opportunity to have a say over our power.

It’s clear APS will say and do anything to keep Arizonans from voting on Prop 127, but with supporters like you, nothing can stop us.

Will you help us talk to your neighbors about Prop 127?

We’re organizing our first big canvass to knock on voters’ doors and talk to them about voting Yes on Prop 127!

It’s time to make the sun work for us. Please join us on Saturday, September 8th to help us let voters know that right now only 6% of our electricity comes the sun — but their votes can change that in November!

Please make sure to share the link to our Saturday, September 8 canvass with your members on social media – http://bit.ly/CleanEnergyCanvass

Wolves have long been shrouded by myth and superstition, this week provides an opportunity to opening the door to understanding the importance and plight of the keystone species. It’s a time to recognize wolves as an ESSENTIAL part of our natural landscapes and to engage others to become interested and active in wolf survival.

Follow the Wolf Conservation Center on Facebook and be on the lookout for wild giveaways, wolf facts, and ways to take action for North America’s most misunderstood predator!

Adding new wolves from captivity to the struggling wild population is vital to diversifying the gene pool of the 113 closely related wolves in the wild in Arizona and New Mexico, the letter noted.

“Inbreeding could push the Mexican wolf over the cliff toward extinction if the Fish and Wildlife Service doesn’t release captive wolves soon,” said Michael Robinson, a conservation advocate at the Center for Biological Diversity. “The trail forward for successful recovery gets steeper and narrower every day that wolf families are kept behind wire mesh, when they could be helping fix the genetic crisis in the wild.”
Two specific packs should be freed this month, according to recommendations from a federal and state interagency Mexican wolf team. The team advised that releases occur in June or July after elk calves are born “to facilitate natural hunting behavior.” Conservationists want to ensure those wolves are not sequestered indefinitely in pens, as wolf families have been in previous years after release plans were shelved. Today’s letter recommends specific animals and release locations in southern New Mexico.

“The continued survival of the lobo has been jeopardized by agency inaction,” said Mary Katherine Ray, wildlife chair for the Rio Grande chapter of the Sierra Club. “We stand at the precipice of losing our small Southwest wolf forever, a tragedy for nature and a moral failing of our own human species.”
“Wolves belong in the wild,” said Kelly Nokes, carnivore advocate for WildEarth Guardians. “Critically imperiled lobos should not be held in a state of perpetual captivity as a result of political pettiness. We call on the Service to put science and the law first, and release these genetically valuable wolves to their native southwestern homelands now.”

The conservationists requested that other wolves also be released, including a single female from Mexico, christened “Sonora” by schoolchildren in a naming contest, who was captured after crossing the border into Arizona in March. Freeing her in the United States to breed with wolves here would follow guidelines in the new draft Mexican Wolf Recovery Plan that calls for “translocations” of wolves between U.S. and Mexico populations to enhance both populations’ genetics.
“People all over the Southwest, including Utah and Colorado, are rooting for the Mexican gray wolf,” said Hailey Hawkins, southern Rockies representative of the Endangered Species Coalition. “Mexican wolves are one of our rarest mammals and treasured not just for their charisma but for their countless contributions to a healthy ecosystem. Folks want to see the Mexican wolf thrive, not just barely hang on like they have been for the last two decades. Federal management should reflect that.”

The interagency wolf team also proposed “cross-fostering” as many as 10 captive-born wolf pups into up to five wild wolf dens this spring. However, just four captive-born pups were implanted into only two dens, and four wild-born pups were removed from those dens and placed in captivity, which the field team did not advise (or even contemplate) as it sought an increase in wolf numbers.

“If the U.S. Fish and Wildlife Service releases more wolves, lobos will have a better chance at beating the clock on extinction,” said Bryan Bird, Southwest program director for Defenders of Wildlife. “With more wolf releases, their low numbers and limited genetic diversity will also improve. Wolves can restore the balance. When lobos roam safely on the landscape, they can bring our Southwestern ecosystems back to life.”

The game departments of Arizona and New Mexico, governed by commissions with appointees from the livestock and hunting-outfitting industries, have opposed releases of wolves. The Fish and Wildlife Service has been reluctant to buck state opposition.

Mexican gray wolves are the smallest and rarest subspecies of gray wolf in North America. Federal trapping and poisoning of wolves on behalf of the livestock industry in the 20th century reduced Mexican wolves to just seven animals that, after passage of the Endangered Species Act in 1973, were caught and successfully bred in captivity.

Some of their descendants were reintroduced into Arizona and New Mexico starting in 1998 and into northern Mexico in 2011. But due to ongoing federal trapping and shooting, and the infrequency of wolf releases from captivity, numbers in the U.S. have lagged below projections. They are so closely related now that, on average, each wolf is as genetically similar to every other wolf in the population as if they were siblings.
Scientists have urged resumption of stalled wolf releases in the United States, less heavy-handed management — meaning less killing — and establishing additional populations in northern New Mexico and Arizona and southern Utah and Colorado.

The Fish and Wildlife Service, in contrast, drafted a recovery plan that gives the states veto power over wolf releases and allows for the removal of federal protections while the species is still biologically imperiled. The draft recovery plan is currently open for public comment until August 29. 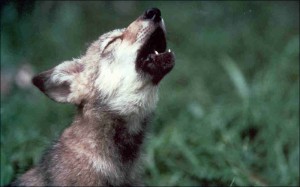 Just wanted to let you know that members of the Phoenix Lobos-Rising Packtivist Group will be joining other demonstrators in front of Senator Flake’s office on Friday April 7th from 12 to 1PM.

There are lunchtime demonstrations every Friday outside of Senator Flake’s Phoenix office and every Monday outside of McCain’s office.  The offices are across the street from each other.  If you know of activists in the Phoenix area who would be interested in joining us, please forward the information to them.  Feel free to give them my contact information.  Maya and/or Donna will be posting on Facebook and an action alert will go on the Website.

Friday April 7th from 12 to 1PM.  If you can’t make it for the full hour, please come for whatever length of time you can.

Bring a sign, if you have one!  If not, I will have some extra signs with me.

There will be a letter you can sign to be dropped off at Senator Flake’s office and Senator McCain’s office after the demonstration, or bring one of your own.

Info on this bill can be found at http://mexicanwolves.org/index.php/news/1726/51/Arizona-Action-Alert

Let’s join in on Friday the 7th and be a voice for the Lobos.

Looking for a great group to join?  We are going to start organizing in Nutrioso. we need to protect our access to public access, do all we can to keep our public lands healthy, and fight to save the Endangered Species Act.

Contact me at broads@nutrioso.net.  I will be working on organizing over the next couple of months.

Great Old Broads for Wilderness began in 1989 on the 25th anniversary of the Wilderness Act by a feisty bunch of lady hikers who wanted to refute Utah Senator Orrin Hatch’s notion that wilderness is inaccessible to elders. About that time, wilderness designation had been proposed for Escalante, and Senator Hatch opposed it, saying, “if for no other reason, we need roads for the aged and infirm.”

Founder Susan Tixier and her fellow activists were outraged, and with sudden clarity, saw that an important voice was missing from the environmental movement: the older woman—impassioned, experienced, not afraid to speak out, and definitely not needing roads. The group committed themselves to grassroots advocacy to preserve Wilderness and wild places for future generations.

What’s in a Name

Tixier and her colleagues happily settled on their role and purpose, but hadn’t yet decided on what to call themselves. Fate brought an answer to them. One fine day while the gang was out hiking and discussing what action to take next, they came upon a group of elderly ladies coming off a trail—dusty, tan, sinewy, and gray-haired. Someone remarked “What a bunch of great old broads”.

The name stuck. It captured the spirit of the budding entity they envisioned, emphasizing the old and the feminine. More importantly, the moniker had humor, a core value of the group from the beginning.

The early framework declared Broads to be a nonprofit, social organization dedicated to the protection, use, and enjoyment of the wilderness (designated, proposed, or imagined).

The early days were informal—there were no dues. To become a member you just had to declare yourself one, and then you could buy a T-shirt to proclaim it to the rest of the world. The point was to have fun while doing what you were passionate about.

The Broads sat around kitchen tables and brainstormed. The plan was to spend their time and energies on action protecting wilderness, not creating a formal organization with a paid staff.

A Force to Be Reckoned With

By 1993, with a growing membership and expenses, the board decided to institute annual dues—though payment was still optional. In 1994, it became necessary to hire a staff person to keep the membership database, publish the newsletter, Broadsides, and handle public relations. Broads was on its way to becoming a cohesive organization.

Today, Broads has a small staff and our ranks have grown to more than 5,000 members and supporters. There are 36 Broadbands (chapters) in 15 states across the United States dedicated to local and national wilderness issues. Our members include men (Great Old Bros) and younger women too.

Wherever there are wilderness concerns, you’ll find Broads jumping into the fray.